How to render sky, background images, and gradients.

This tutorial shows multiple ways to display a background in Wonderland Engine:

Sky rendering has been there since the early games. It gives a sense of depth and virtually increases the size of the world to the player’s eye.

There are many techniques to render sky:

An equirectangular image is obtained by projecting a 360 degree image onto a flat surface. It has an aspect ratio of 2:1, so the width is twice as large as the height.

Below is an example of what an equirectangular looks like: 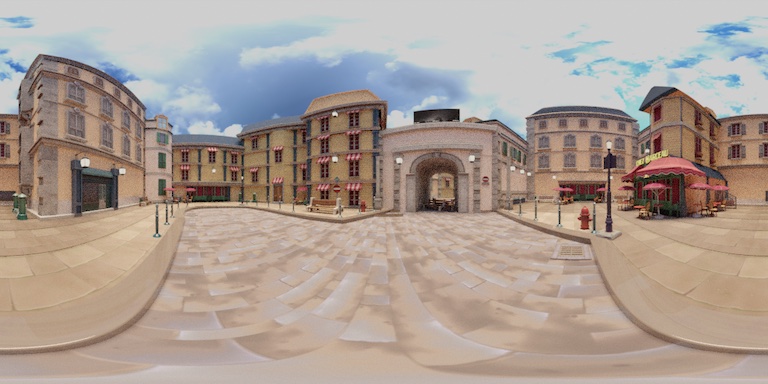 Let’s see how we can create a sky in Wonderland Engine!

First, import your equirectangular image: drag’n’drop the file from a folder into the editor’s Assets Browser, then drag’n’drop the image from there into the Scene view to create a texture for it.

If you don’t have an equirectangular image, find some free options in the resources list below.

Create a material to render the sky texture:

We can now link the sky material to the sky renderer: 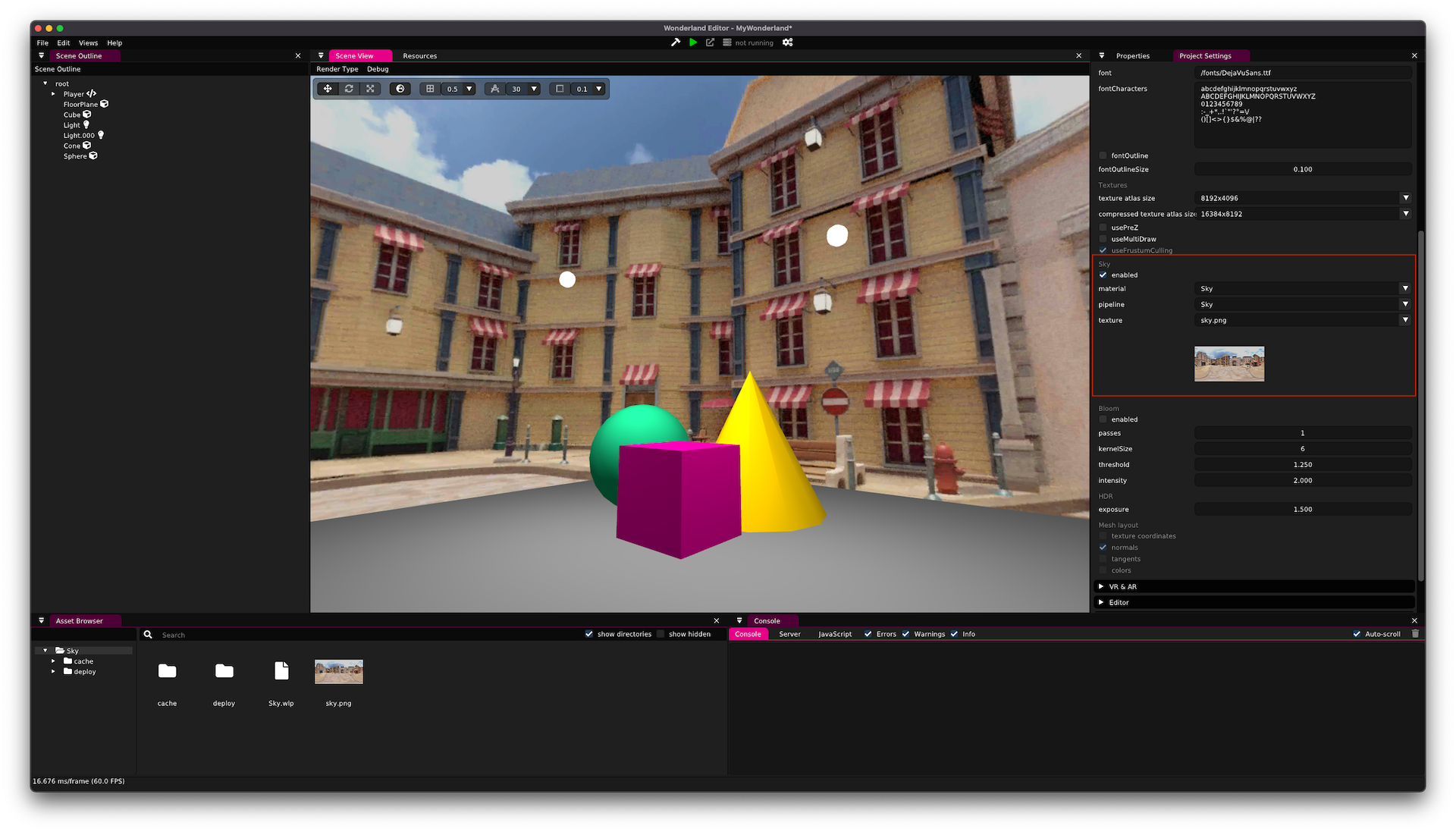 Besides using a texture, you can also use two and four color-stop gradients.

Update the Sky pipeline and toggle on the GRADIENT or GRADIENT_4_STOPS features.

Once the pipeline is updated, edit the sky material colorStop properties: 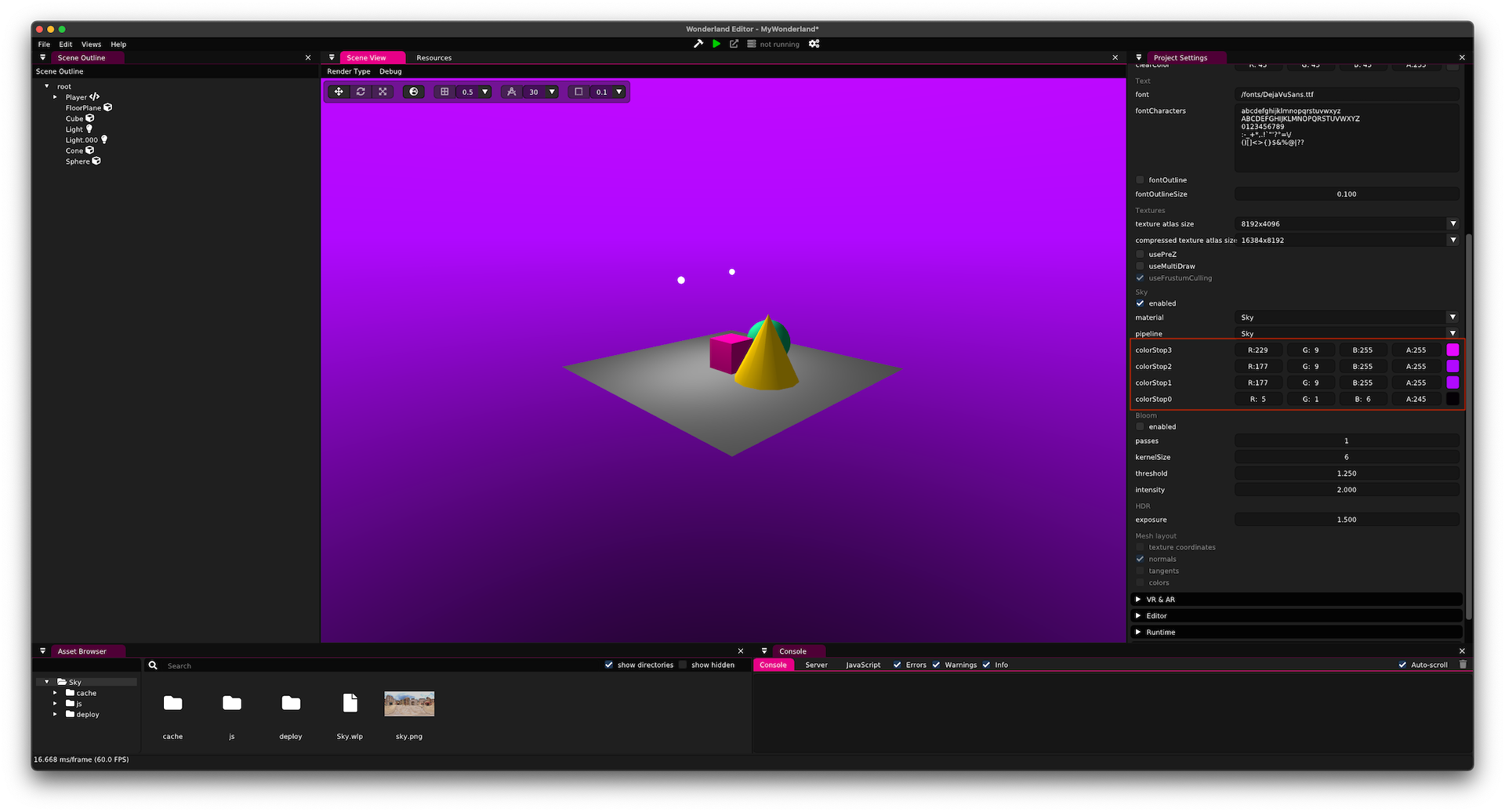 To use it, change the shader property of the Sky pipeline to Background to render in 2D.

In 2D, the textures / gradients will be displayed identically no matter where the camera is looking at: 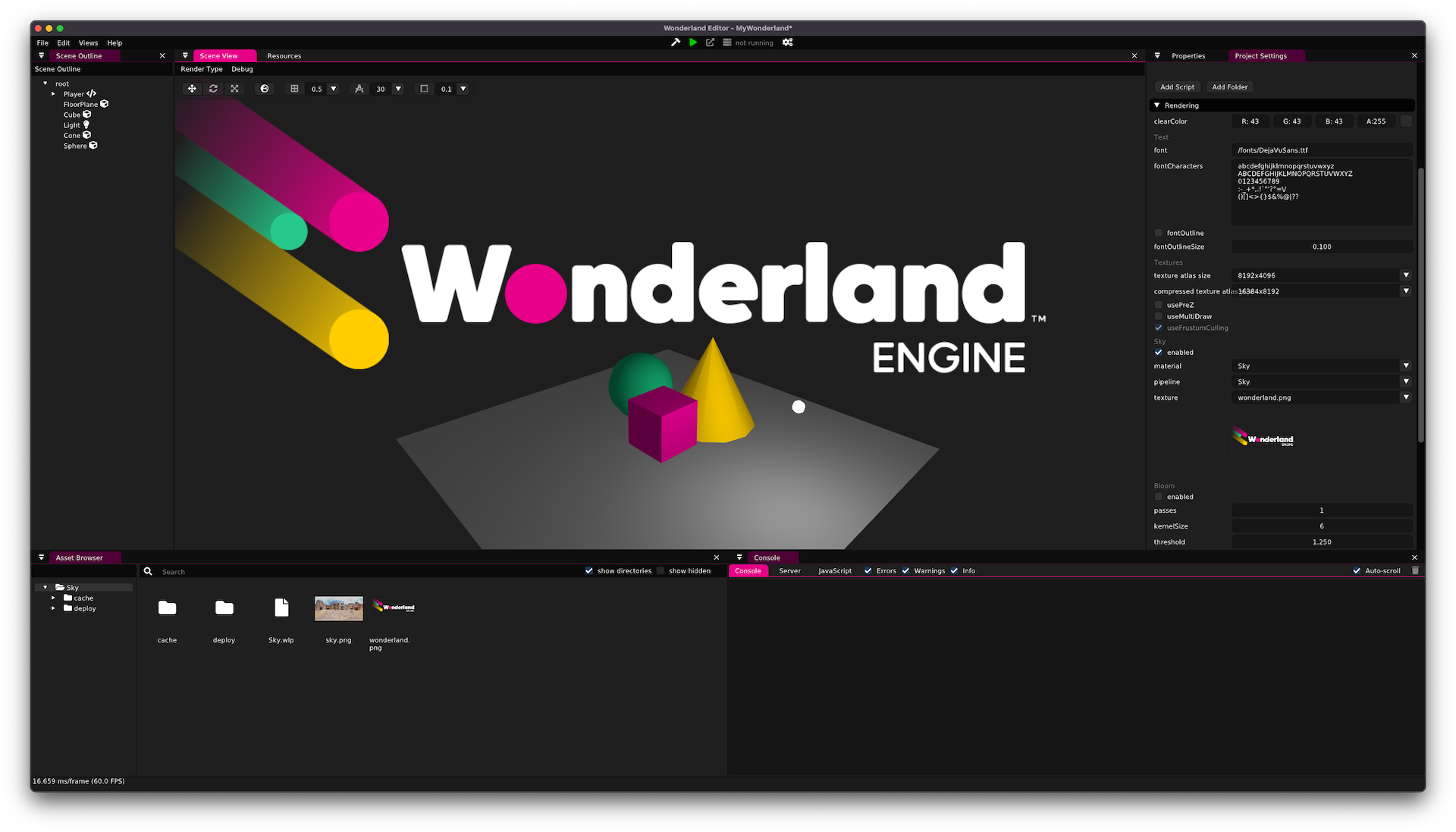 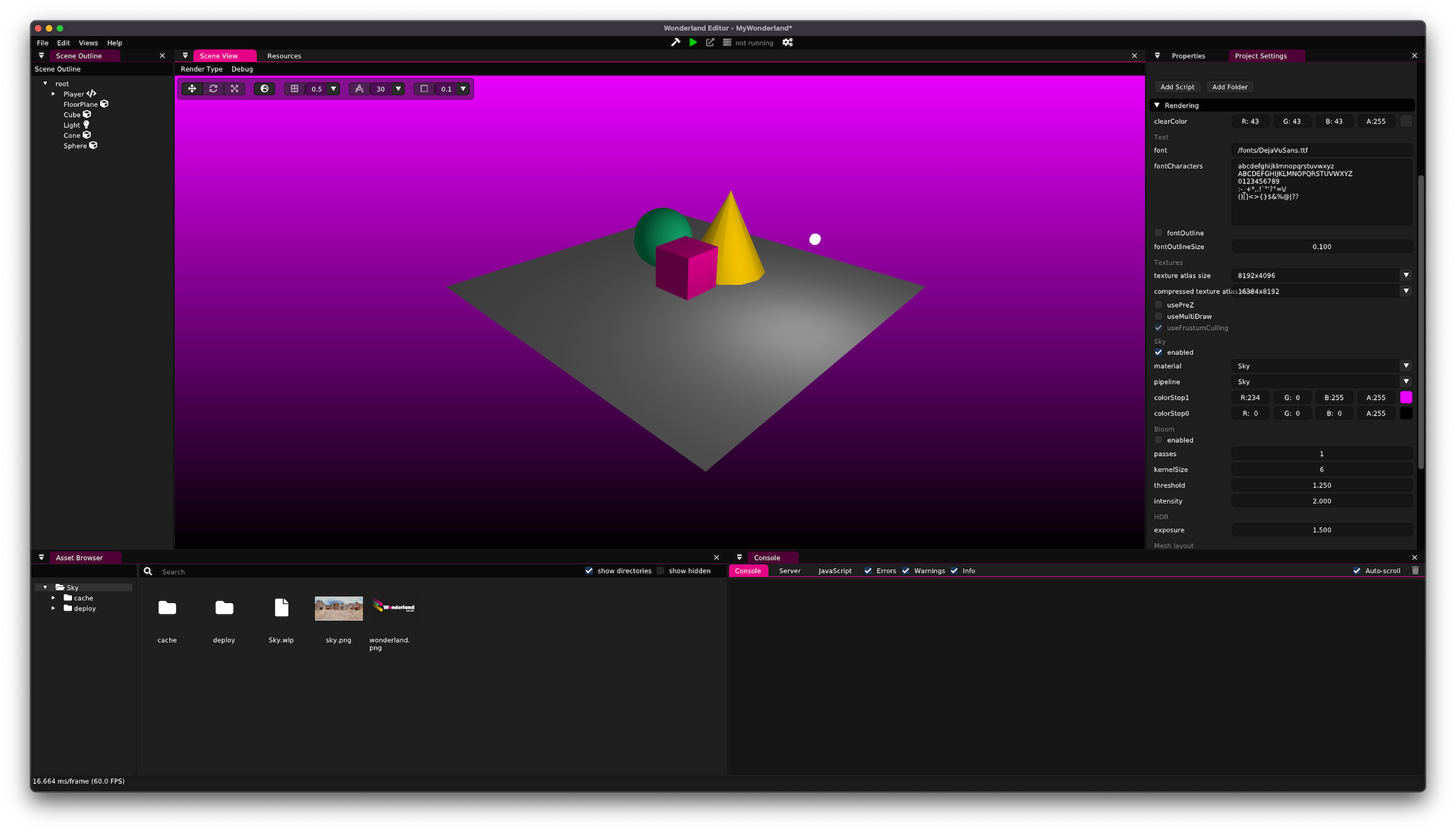 Here is a non-exhaustive list of websites with free equirectangular images: